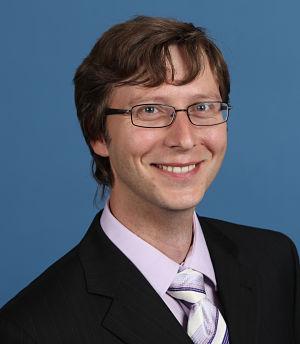 Question (Q) 1: Within the SENS4ICE project, HONEYWELL INTERNATIONAL SRO is the leader of the work package entitled “Direct and indirect ice detection for Appendix O”. Can you explain the objectives if this work package?

Answer (A) 1: The work package, “Direct and indirect ice detection for Appendix O”, involves several areas and it is pretty diverse. Currently, there are no Appendix O detector technologies certified for production aircraft.

This work package is about taking a three-pronged approach to developing potential technologies:
•    Developing icing sensors which can directly detect the icing condition the aircraft is in;
•    Developing an indirect technology which utilizes existing aircraft sensors to determine the presence of ice accretion;
•    Remote technology to detect icing conditions ahead of the aircraft.

In addition to supporting development of the above technologies, the work package also includes a substantial effort towards testing the direct sensors in ice wind tunnel test. Finally, there are separate tasks within the work package for down-selecting the sensor technologies and to begin flight test preparations for the sensors.

Q2: Could you explain in what extent the work package “Direct and indirect ice detection for App. O” plays a key role in view of the project outcomes? How will the industrial partners such as Honeywell use the project results?

A2: This work package plays a key role in the outcome of the SENS4ICE project. Besides direct and indirect icing sensors development, it also coordinates ice wind tunnels development and sensor testing. Lastly, it also defines selection criteria to allow direct sensors to proceed to the flight test phase. For the industrial partners, the project will create a strong baseline based on the completed ice wind tunnel testing and real Appendix O conditions flight test. This baseline can be used either for extending sensor capabilities, such as different ice conditions, or it can be used for future productisation.

Q3: Several SENS4ICE partners have been developing sensors capable of direct detection of App. O conditions in the atmosphere. As the planned end of these activities is approaching (October 2020), would you say that the work achieved is in line with the expectations?

A3: Yes, even though the starting point was different for each partner, due to varying TRL sensor levels, all of the sensor developers are progressing as per the plan. The progress of the project was confirmed by the advisory board when all the sensors passed the checkpoint at the beginning of this year. Sensor developers are now focused on finalising their sensors and preparing for ice wind tunnel tests that have been scheduled for the end of this year, while in parallel are beginning some preparations for flight test.

Q4: Have there been any specific challenges?

A4: A major challenge we have faced in this work package is determining how to evaluate the many disparate technologies that are being developed. There are 10 different direct sensors under development, which represent a range of detection principles and potential data outputs. As the project has limited budget to flight, we cannot  flight test all sensors under development, therefore there is a need for down-selection of sensors going for flight test.
Aligned with the needs of the project, we have developed a framework for the evaluation of Gate 1 and continue to refine it for the upcoming Gate 2, working closely with the icing wind tunnel testing task and other work packages to ensure we select the best sensors for flight test.

Q5: What is the part of the work in this project which is the most exciting for you?

A5: The part that I am looking forward to the most are the wind tunnel and flight tests. It gives me great satisfaction to see the whole life cycle of the project from the sensor concept to a working prototype for test and evaluation.

Q6: What are the strengths and unique selling points of the SENS4ICE consortium?

A6: In my mind, the key strength of the SENS4ICE consortium is diversity. We have a mix of both research and industrial partners including European and international partners. This allows for a mix of different technologies and approaches to solve the Appendix O icing challenges. The consortium offers three general approaches to icing detection (i.e.: direct, indirect and remote sensors) along with the hybridization concept, which is being developed in WP2. Within the direct sensor development task, there are 10 different sensors, which represent a range of detection principles and maturity levels. I believe this diversity increases the number of practical use of the technologies resulting from the project.

Q7: How do you evaluate the cooperation with the international partners?

A7: Working on a project with a multinational team is normal, but what is new for me is the ability to cooperate with experts from across a number of different fields such as sensor developers, aircraft manufacturers, research facilities, commercial companies and wind tunnels operators. Each of our partners have some specific expectation from the project but I am pleased to see that we are all working together as a team with the objective of making the sky a little more safer.

Q8: Michal, during your whole professional career, you have been active in international projects, and additionally you are in daily contact with colleagues throughout the USA and India, which have contributed in enhancing your intercultural and negotiation skills. In which extent do these skills benefit the SENS4ICE project?

A8: The most important thing is to have a plan of action so that each of our partners are well aware of what is required of them. This way, we can all collectively work towards the completion of the project.

A9: As a company, we are deeply invested in the project, which is why my colleagues from the US, who have a strong background in developing aerospace sensors, are here to support the development of this project. Their expertise is very valuable not just for the Honeywell sensor development but for the whole SENS4ICE consortium.

The information, statements and opinions in the above interview are personal views of the individuals involved in the SENS4ICE project and do not necessarily reflect the views of the SENS4ICE consortium as a whole, nor of the European Commission. None of them shall be liable for any use that may be made of the information contained herein.